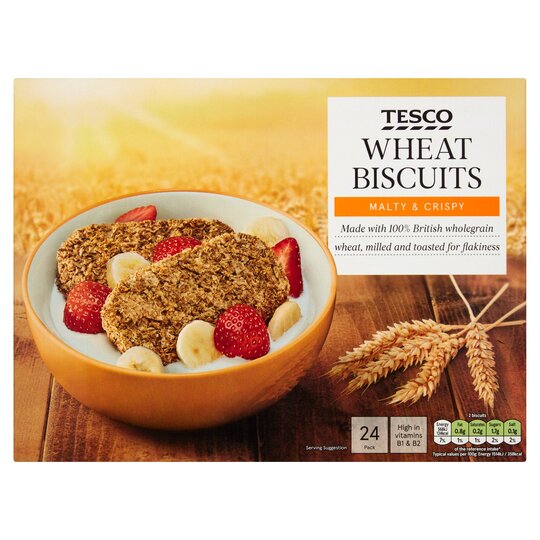 Not good just a glutinous, lack of flavour biscuit. Will not buy again.

Just don't like them I much prefer Oatibix but you

Just don't like them I much prefer Oatibix but you do not stock them any more. Will have to try somewhere else.

Just the same as normal weetabix only cheaper, bou

Just the same as normal weetabix only cheaper, bought a 48 pack box next time..

Like several other reviewers, I think these taste identical to Weetabix so it's a no brainer - buy the cheapest. These are virtually identical in size to Weetabix but I feel these hold their shape and crispiness a bit longer in the milk too.

Great. Identical to weetabix but cheaper.

Great. Identical to weetabix but cheaper.

Virtually impossible to cook this without it exploding everywhere in the microwave! Also no line on the sachet to measure your milk so have to use a jug.

Get broken too easily

They taste nice but are far too fragile so break too easily ending up with a dish full of mush or thrown away. Weetabix equally bad - Co-op seem to have got the consistency of it right....

Excellent quality. Could not distinguish from lead

Excellent quality. Could not distinguish from leading brand.

Smaller than Tesco's normal ones

Appear smaller than normal so maybe not such a bargain?