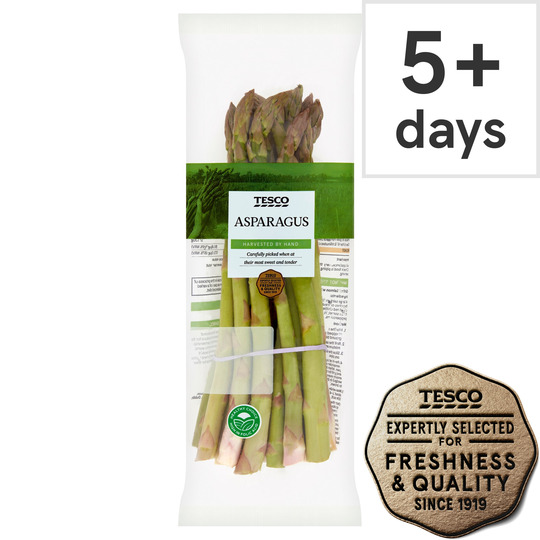 As someone else has said on here the stems were sl

As someone else has said on here the stems were slimy and soft rendering them inedible. Also there was no date so no way of telling how old it was. Why not put a date on the packet?

Usually delicious - I eat them in salads

They have always been of a similar thickness within a pack, but one pack may contain thick stems and the next pack be full of thin ones. I prefer eating them raw, in salads. Most of my packs this year have been OK, but the last one was already past it - the stems were wrinkled, and the tips were rotting the day after I received them. This may have been due to transport problems.

Disgusting, well past being edible

Asparagus arrived in a rotted state, stems were slimy and soft. there was no "sell by/use by/best before date" on the packaging so there was no way of knowing how old the asparagus actually was.

At least half of each asparagus spear was wood and inedible and no matter how long I washed it under running water it was still extremely gritty. I even tried blanching it and washing it again but that didn’t help much so it went in the bin.

Had the same experience as another reviewer. On opening the pack the smell indicated they were inedible, The tips were completely mushy. Unfortunately not discovered until I opened to use in a recipe just 2 days after delivery

You can only eat half of what you get

You can only consume the top half; the bottom half is essentially inedible (can't chew it). So be aware: you are buying 125 gr of asparagus.

Asparagus not of expected quality both packs.

Returned with driver as tips were mushy in both packs. Refund required please .

Disappointed we were sent asparagus from Peru. I t

Disappointed we were sent asparagus from Peru. I thought we might get British as in season. On line shopping does provide inferior fruit & vegs

The asparagus was too thin please send me thicker

The asparagus was too thin please send me thicker sticks.

Horrible, inedible, stringy! Avoid if you can!