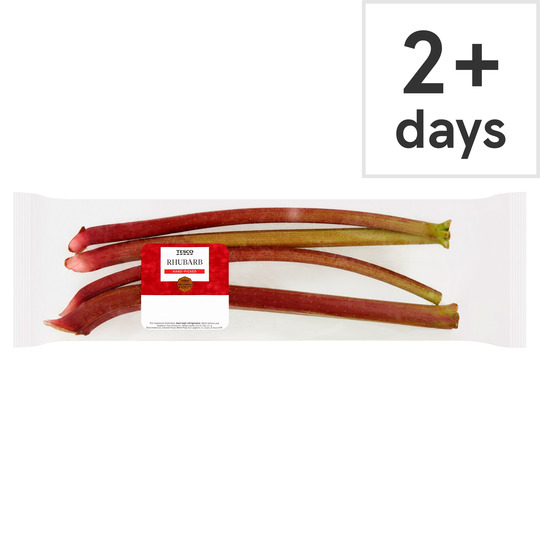 Suitable for home freezing. Freeze on day of purchase. Use within one month. Defrost thoroughly before use. Once defrosted - do not refreeze. For maximum freshness, best kept refrigerated.

Very poor. Could not use - soft and discoloured.

Quality was awful. Stems were huge, soft & going bad. Probably part the grower's fault for not cutting sooner. And this happens week after week.

Weight incorrect only 400g not 600g of rhubarb

Very expensive rhubarb. Listed on my receipt and online as a 600g pack but what was delivered was a 400g pack. Not enough to make a good crumble. Wouldn't recommend at all.

Out of season, no good

Well past its best in August, unacceptable quality. Received 2 stems, one huge and the other tiny, not compatible to cook in same recipe.

Rhubarb below standard over the last month,

The quality was awful and I was unable to use it. I waited 2 weeks and ordered some again but found it no better. Having bought from you regularly I was surprised it was dried out and brown. Your supplier would have known it was below the required standard as I did when I opened it. Was unable to make my rhubarb crumble.😡😢

Not fit for sale, totally dried out wouldn't recom

Not fit for sale, totally dried out wouldn't recommend anyone to buy this rhubarb

So very disappointed! Collected it last Wednesday at Click and Collect and, unfortunately, had to put it in the bin on Thursday ! Very poor quality. Tried to revive it by soaking in cold water but ir remained limp, it was stringy and centre was full of little holes where the juice had dried out.

Look carefully at every stick before you buy. The hidden one was soft, brown with white mould at the end. I stewed the others, but the very thick stick had such thick strings... This was 2 days before the 'sell by' date.

Do not buy this, it was hard and old. Not very nice!