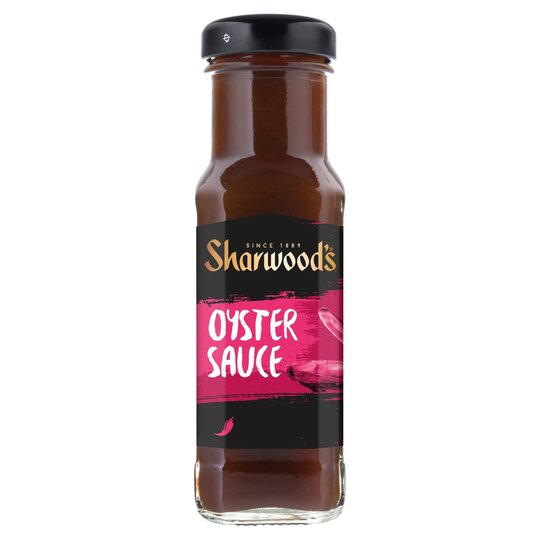 of the reference intake*
Typical values per 100g: Energy Per 100ml

Store in a cool, dry place. Once opened, refrigerate & use within 7 days.Best Before End: See Cap

Unfortunately I found this sauce watery and lackin

Unfortunately I found this sauce watery and lacking in the rich oyster sauce flavour. In my opinion it was a little bland and too sweet. It also says that you should use within 7 days of opening which is far too short a time for such a large bottle.

I really enjoyed the flavour. Would recommend it w

I really enjoyed the flavour. Would recommend it with prawns and rice.

Love this sauce for dipping to accompany a meal.

Love this sauce for dipping to accompany a meal. Great taste and the size of the bottle lasts quite a while. Sharwoods always has a very high quality product.

Too sweet and watered down oyster flavour

Watered down oyster flavour and far too sweet - telling that first ingredient is water, second is sugar and oyster extract only comes third.

OK but not great

It adds a little saltiness and depth to Asian stir fries and sauces, but it's not quite as strong a flavour as I would like. It's OK but it's not all that cheap and probably not worth the cost.

I really liked how thick this sauce was, it coated

I really liked how thick this sauce was, it coated the noodles really well and had a lot of flavour to it. Wish I had bought bigger bottle to be honest!

Not as tasty as the usual oyster sauce but I belie

Not as tasty as the usual oyster sauce but I believe it's the only one without monosodium glutamate.

This was substituted for Lee Kum Kee premium oyster sauce. Sharwoods Oyster Sauce is like water. Hardly any Oyster flavour. Over priced and poor substitute.