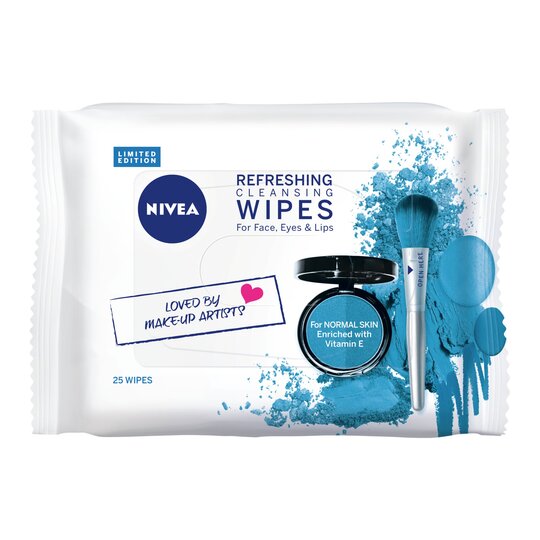 Smells lovely but bought me out in spots too hars

Smells lovely but bought me out in spots too harsh and really stings eye lids! not gentle on skin at all

Another amazing product. My number 1 during any holidays. The best wipes I've tested so far, and I tasted a lot of them. I highly recommend!

removes makeup but at a great cost

Removes waterproof makeup, but it falls short in just about everything else. Firstly, the wipes themselves are actually quite dry, so it feels rougher than usual to wipe your skin, and it also requires more wipes to completely get the makeup off. The worst part for me, and one that I've noticed being mentioned by other people, is that it really, really stings. For a product that boasts the ability to remove waterproof makeup (plus "lash care"), you would assume it would be suitable for the eye area, but I have found it to be extremely painful. Not a far cry from the sting you feel after rubbing your eyes with chilli. My skin is not typically sensitive at all, and I have never had this issue with makeup wipes before, so there has to be something wrong with this formula to create such a reaction for so many people. I chose Nivea as I enjoy their other products, but I think I'll be giving this a hard pass next time.

I give this 2 stars as it does the job I guess but there are downsides They are not very moist wipes and so I used 2 wipes to fully remove my make up. They did sting my face after a few sweeps over my face ,though not immediately. My eyes however felt like they were burning and so I stopped using them. I would not be using these on eye make up. I do not have sensitive skin and was very surprised that as these were described as "mild " for normal skin they would sting so bad. I can use any products usually.

Left disappointed with these wipes.

I bought nivea DAILY ESSENTIALS 3 IN 1 REFRESHING CLEANSING WIPES. Although it does a good job in removing make up, it left a burning sensation on my eyelids after using these wipes.