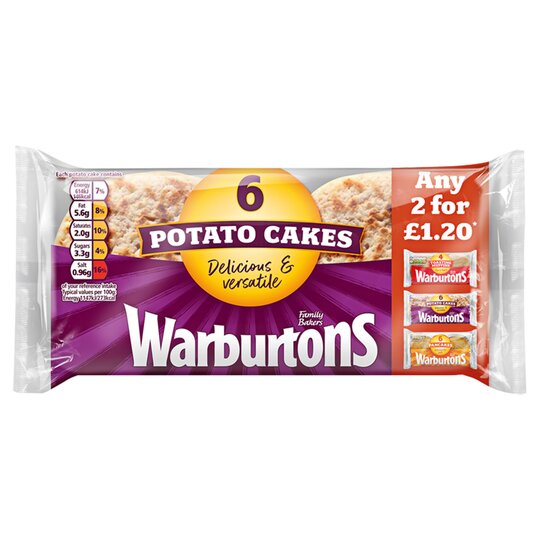 of the reference intake*
Typical values per 100g: Energy 1147kJ

Store in a cool dry place, ideally not refrigerated. Under warm conditions storage life will be reduced. If freezing, freeze as soon as possible.For 'Best Before' date see film.

Echoing what the previous reviews said.Full of che

Echoing what the previous reviews said.Full of chemicals and not enough potato.Tesco's own brand are delicious, but they were out of stock so tried these instead. Not quite in the bin, but won't buy again.

I second what the previous reviewer said. Lacking

I second what the previous reviewer said. Lacking in potato. Salty, floury and stodgy. Wouldn't have believed they had anything to do with potatoes in fact.

Very disappointed in this product , had them in Scotland and they were excellent , these was lacking in potato