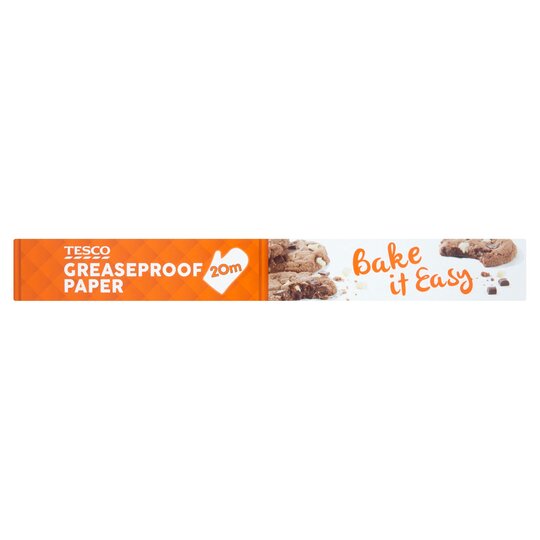 Produced France, Packed in the EU

Used to line a baking tray to cook cheese swirls. Had to bin the lot as the greaseproof paper stuck

Never again will I use this, everything sticks to it no matter what you do. Worse than using a standard pan, am going to Lakeland to buy something that actually does what it is supposed to. Don’t waste your money!

Performance not up to the task...

This is not a good product. Everything sticks to it! Or rather it adheres to everything and it can’t be peeled off. The pack states to butter or grease the paper for baking to stop sticking but it can be swimming in grease and the food becomes welded to the grease proof paper. Has the supplier been changed? I did like that it was brown unbleached paper where previously it was white. Perhaps only useful for wrapping sandwiches?

Very poor quality!!!! Everything stick to it!!!!

DO NOT BUY THIS RUBBISH

Absolutely rubbish. Ruins whatever you have baked. Sticks even when it has been oiled /greased (which I don’t have to do with other brands!!).

I've baked bread and cakes all my life and never had greaseproof paper stick to a loaf like this rubbish. This is the 2nd loaf I have had to peel the crust off to remove the paper, despite very careful greasing this time. Even the edges at the bottom of the tin, where the oil would run to, were stuck fast. This was a standard 60% hydration sandwich dough not some slimy wet ciabatta. What you have sold me is a roll of brown wrapping paper with no baking value whatsoever. It's on the way back to the store tomorrow. Zero stars.

Do not buy! Worst greaseproof paper ever.

Found this useless it sticks no matter what u use it for be it biscuits, cakes or whatever. Will not use to line cake tins now or to line baking sheets Not very good buy.

This is the worst baking paper I’ve ever used in my entire life. Whenever I’ve used it I’ve ended up throwing the food in the bin because it’s been completely stuck to the paper. It’s not worth your money, in fact you’ll end up losing money using it as you’ll have to cook another meal!!

Do not buy it!!! I used it for baking and it destr

Do not buy it!!! I used it for baking and it destroyed my bread and my pie. Worst than super glue!

If there was a way to give this a minus score I would!! Absolutely useless… the ONLY thing its designed for it genuinely does the opposite!! When cooking fish for example the skin sticks so badly to it (even when using oil to lubricate) you not only lose the fish skin but it sticks so strongly the paper rips too!!! Who designed this crap and d!d it ever get through the most basic level of product testing!!