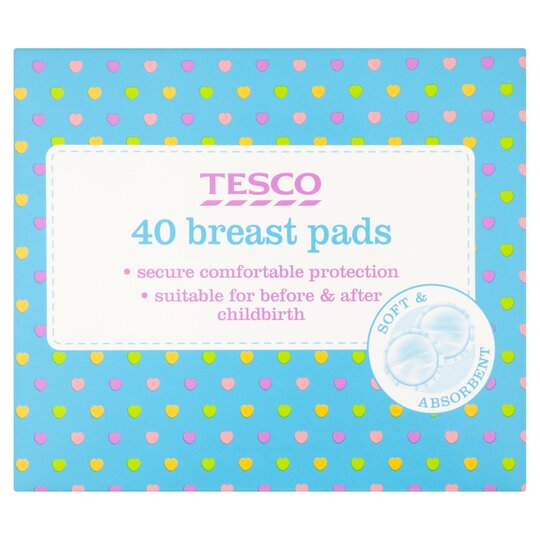 These are freaking horrible, worst nursing pads I've tried. First, they are much smaller compared to other ones. Second, the adhesive is not sticky enough so they don't stay in place which causes them to fall out, or fold awkwardly in your bra which is useless. They do not work well at all.

Not fit for purpose.

This product has been absolutely useless. I bought 1 box as I couldn't get to the shop to get the ones I usually buy, these were twice the price! They are half the thickness and every time I have used one they have been soaked through and I have been too. Sub par product. Going in the bin and will never buy these again!

Worse than useless. May as well have no pads in. Don't bother.

Very good if you don't want to spend much

Much better than overs i have used allot more comfy and have not had to change as much around 3-4 changes a day and I leek allot, will but again and recommend for the cheep end of the market, grate value for money.

Not a great product

I have found the absorbency of these to be relatively good although no better than any others I've tried, I have also found them comfortable to wear but the one thing that lets them down is the adhesive strip. It is completely useless so they don't stay in place at all. Because of this I won't buy them again, I'd rather pay more for better quality

Good size but does not stick well. Good price but not great quality!

I had to buy these as I couldn't get my usual pads and I can say they are rubbish. The move around in your bra which makes them uncomfortable, the also make a rustling sound. They are thin and they get thinner the throughout the day as the cotton wool in then tends to clump together

I have been using these pads for 4 days & have had to change my pads 3/4 times a day!! The quality is very bad! They are very thin & don't stick to bra properly!! I keep leaking through them & for some reason they make me smell terrible!! These ant the only pad I've been using whilst breast feeding & haven't had this problem with the others!! I assure you I would never buy them again & I certainly wouldn't recommend them.

Better ones out there for cheaper

I bought these a couple of months ago and I don't know if I am just a heavy leaker but they didn't hold my excess milk, meaning I got a wet bra! Maybe theyd be ok when milk supply steadies out but for the start of breastfeeding, I found Johnsons nursing pads from Morrisons are always only £1 and much better.