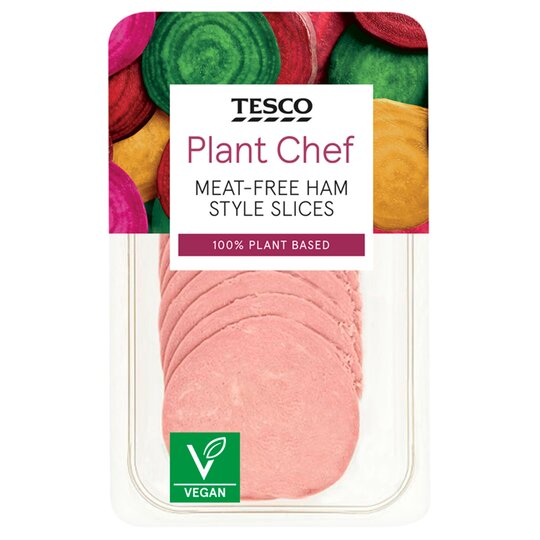 2%of the reference intake
Saturates
0.2g

1%of the reference intake
Sugars
0.5g

1%of the reference intake
Salt
0.3g

Literally the texture of chewed up paper...

Literally the texture of chewed up paper... The flavour is also not great. Just don't bother

Tried these in a sandwich but they are tasteless and have a sweaty texture.

Not a good taste.

Not a good taste.

Don't waste your money it's awful!

You will only ever make the mistake of buying this once, it's awful. Texture was strange, flavour was unpalatable, it went straight into the bin, never to buy again! I'd rather eat real meat ham than this stuff!

Worse thing I have ever tasted or smelt!! Will Be sticking to Quorn ham from now on

This was awful, felt really horrible in your mouth like chewing on cardboard, I hope they don't stop the other Quorn one in favour of this.

1) They were nothing like the picture and instead were small round discs 2) They were tasteless inedible mush. One of the worst things I have ever had the misfortune of eating. Do not buy!

Awful in every way! Disgusting taste, horrible texture.. and why is it alomost purple? If Quorn can do it, I'm sure Tesco could do a better job.

It's fine in a sandwich

It's fine in a sandwich but I usually add something to it like salad or mustard. Definitely better than some others I have tasted