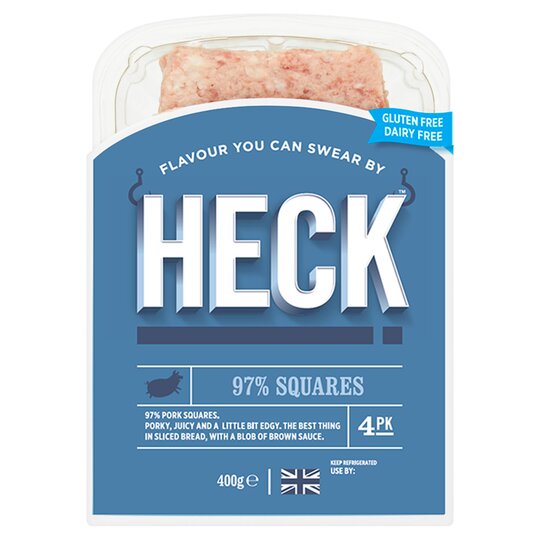 Keep refrigerated below 5°C. Suitable for home freezing. Freeze on day of purchase and use within one month. Defrost fully before cooking: do not refreeze once defrosted.

Cooking Instructions
Instructions: Grill, fry, sauté, barbecue, bake - there are many ways to cook a sausage. Remove all packaging before cooking. Cooking instructions are a guide only from chilled.
Ensure piping hot throughout before serving.

OK but not the real deal

Bought this for my husband who is a Scot, he thinks it's ok and would have again. This isn't going to be the same as Lorne sausage as its pork not beef but thought would give it a try. It is better fried and very well done. It's hard to get square slice in England so will probably but this again in the absence of the real thing.

Not appalling but not worth buying again

Saw the other poor reviews and thought 'surely can't be that bad, Heck make these are they are pretty good.' I was wrong. These are mediocre. I bought them for something different but won't again. Simple fact is that they just aren't up to Heck's normal standards which is a tad odd. My advice - don't buy this product.

tasteless one bite was enough so in the bin they w

tasteless one bite was enough so in the bin they went

I wouldn't use it for a stuffing. a coagulate mass of texture-less glue - presumably of animal origin- heavily flavoured with fried onions. As a Scot, I'd travel a long way for a good lorne (admittedly beef) sausage. This isn't it. Try marinating in brown sauce fro a week and slaver in English mustard then it might taste of something.