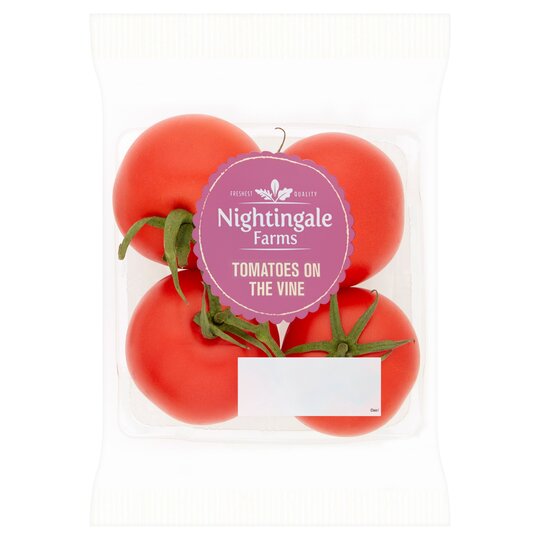 Keep at room temperature. Refrigeration will impair texture and taste.

The Spanish tomatoes are always hard and tastless. As other reviewer stated you don't want crunch in tomatoes. Why can't Tesco sell lovely British tomatoes as sold in many other stores?

A lot of poor reviews but I've never had a bad experience with them. Plump, juicy and far cheaper than others.

past best sell by condition

The tomatoes that I have received were well past decent usage with black spots and mould near the stalk. Really miss the sell by dates

I bought 2 packs of these tomatoes and each pack 3 were rotten and 1 ok. So out of 8 I could only use 2. Wouldn’t buy from this seller again.

Really hard! Crunch isn’t what I want from a tomato.

tomatoes were bad within 3 days

I have had several lots. At best they are very good. However, the condition varies, sometimes with slight damage. Mine have kept adequately (several days). The main problem has been unreliability of size. For delivery, they are good value if you are sent large ones, but occasionally they are rather small. A price is given per kg, but this must just be an average.

Good quality, nice and juicy too. They are far bet

Good quality, nice and juicy too. They are far better than the non vine tomatoes. When I went to make this weeks order and wanted the same again I had to go back and check that I hadn’t ordered the organic (expensive!) vine tomatoes last week by mistake.

Not quality I would have expected.

I have bought these several times before and they were ok. However, the last pack bought were tasteless, went soft very quickly and weren't as good as the basic salad tomatoes.