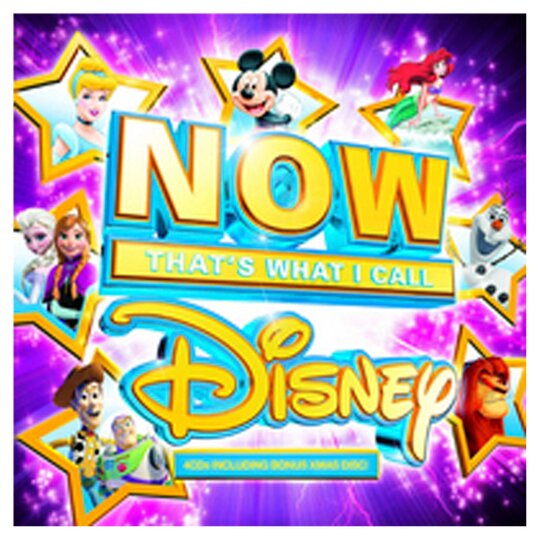 Bought this for a Disney party. The music went down well with everyone singing along.

My daughter loves it.

It has all my daughter's fave disney songs and more!

I bought this for my 6year old daughter at Christmas, and she absolutely loves it. There are so many songs on there, very happy.

I bought this for my daughter for a Xmas present. She loves it and so do I. We will sing along and try to identify which films they are from. There are so many we don't know them all!

All in one little box

So happy with the purchase. All the best songs in one little box. My daughter is now happy!

We got the Cd for our 4 year old, but now we all enjoy singing along in the car. It's a good variety of old and new Disney songs. My little one would have liked more Frozen songs, though. The Christmas Cd is a nice bonus and brought much fun on the karaoke machine.

This has been played and played by my 3 year old since the moment the wrapping paper was taken off. A great intro to music and the classic Disney tunes

I bought this for my great niece 4 years old and she loves it. Great buy